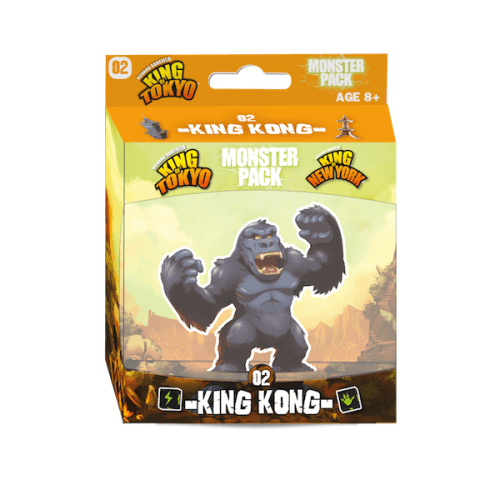 Expansion for King Of Tokyo and King Of New York

He is not happy! King Kong is ready to conquer the Empire State Building and Tokyo Tower to find his love. Will you dare cross his path, or worse, capture his beloved?

There are no reviews yet.

This site uses Akismet to reduce spam. Learn how your comment data is processed.

Join Waitlist We will inform you when the product arrives in stock. Please leave your valid email address below.